H2R: Integrative Approach for the Emergence of Human-like Locomotion

The major drawbacks of existing walking bipeds are related to stability, energy consumption, and robustness to unknown disturbances. In healthy humans, walking emerges naturally from a hierarchical organization and combination of motor control mechanisms. The result of this process is a highly efficient, stable and robust gait.

The goal of H2R project is to demonstrate human-like gait and posture in a controlled compliant biped robot as a result of a combination of the most relevant motor control and cognitive mechanisms found in humans.

In order to achieve this goal, we will adopt a threefold process: 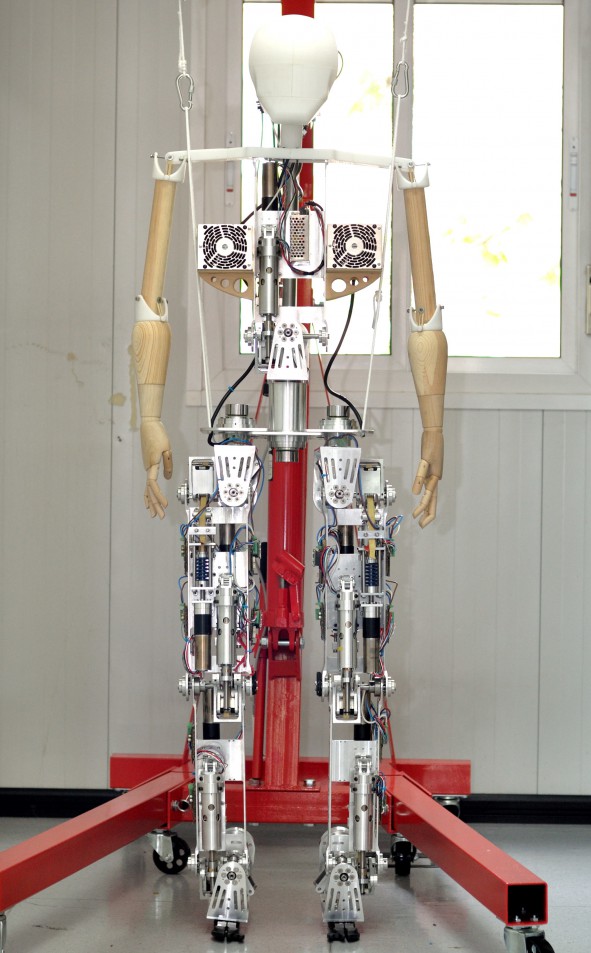